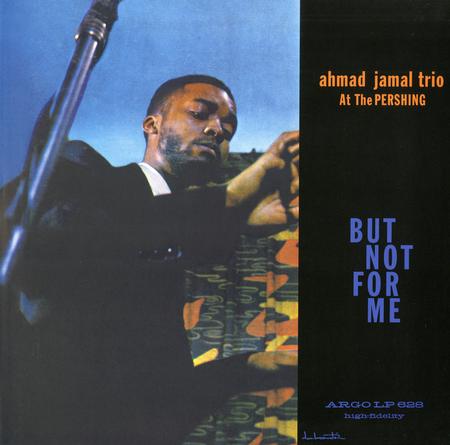 Best-selling, highly-recommended jazz album, ranked No. 21 on Jazzwise‘s list of 100 Jazz Albums That Shook The World!

“Jamal’s ideas about integrated and disciplined trio interplay had already deeply influenced jazz’s inner circle of musicians while his piano-guitar-bass trio was around throughout the early 1950s. However, things went supernova-ish when this incredible unit made and released this jazz best-seller in 1958. Nobody remained untouched by his light-but-tight approach, his winningly imaginative arrangements and his incredible attention to dynamics. The highlight may have been ‘Poinciana’, but every track is an object lesson in how to draw the best from a tune. That it was no flash in the pan is shown by the music’s drawing power and continuing fascination today, as well as its ability to influence every new generation of pianists.” — “The 100 Jazz Albums That Shook The World,” Jazzwise.

Jazz pianist, composer, bandleader, Grammy-nominee, and Kennedy Center legend Ahmad Jamal has for five decades been one of the most successful small-group leaders in jazz and one of the genre’s all-time great pianists. His artisty, talent and creative abilities have thrilled audiences and been broadly proclaimed by musician and music lover alike. At The Pershing: But Not For Me is Jamal’s dazzling fountain of creative splendor in full flow.

In 1956 Jamal’s new trio (with Israel Crosby on bass and Vernell Fournier on drums) began a residency at Chicago’s Pershing Hotel, and two years later the group recorded At The Pershing: But Not For Me, which spent 108 weeks among the Top Ten best selling albums. Recorded on Jan. 16, 1958 at the Pershing Lounge in the hotel, each set played that night was recorded for a total of 43 tracks, eight of which were selected by Jamal for the album.